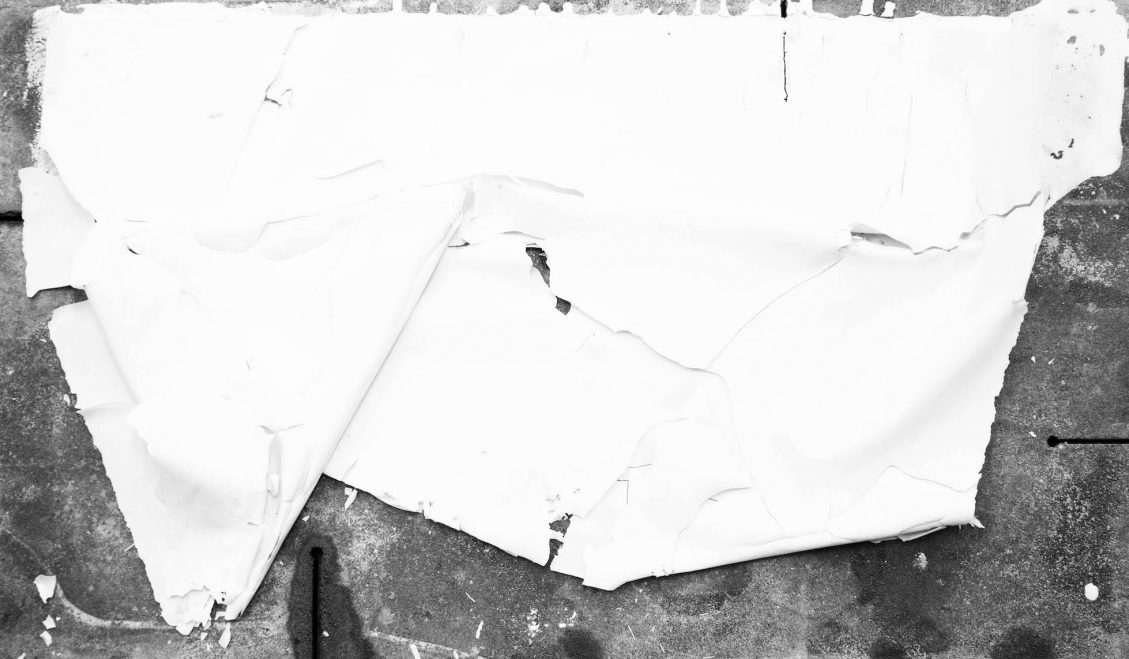 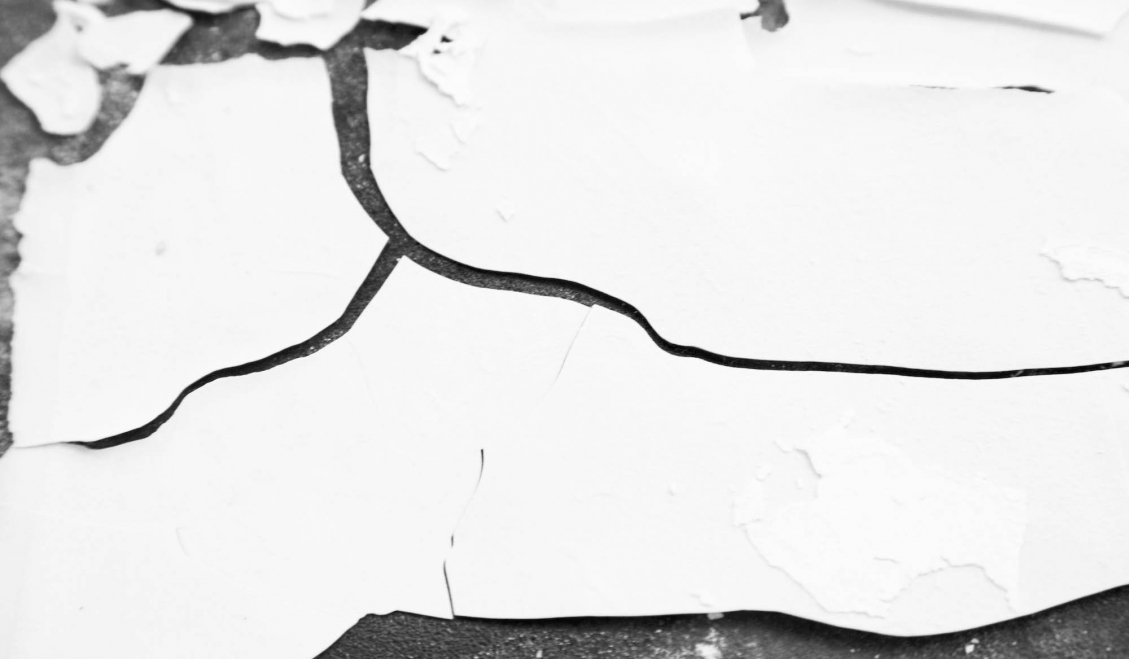 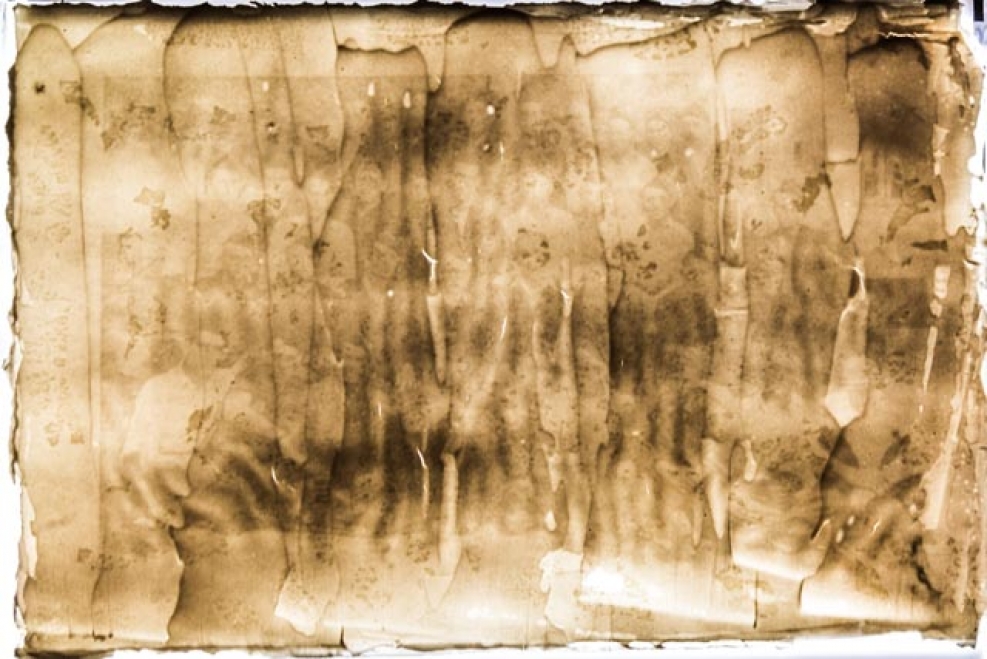 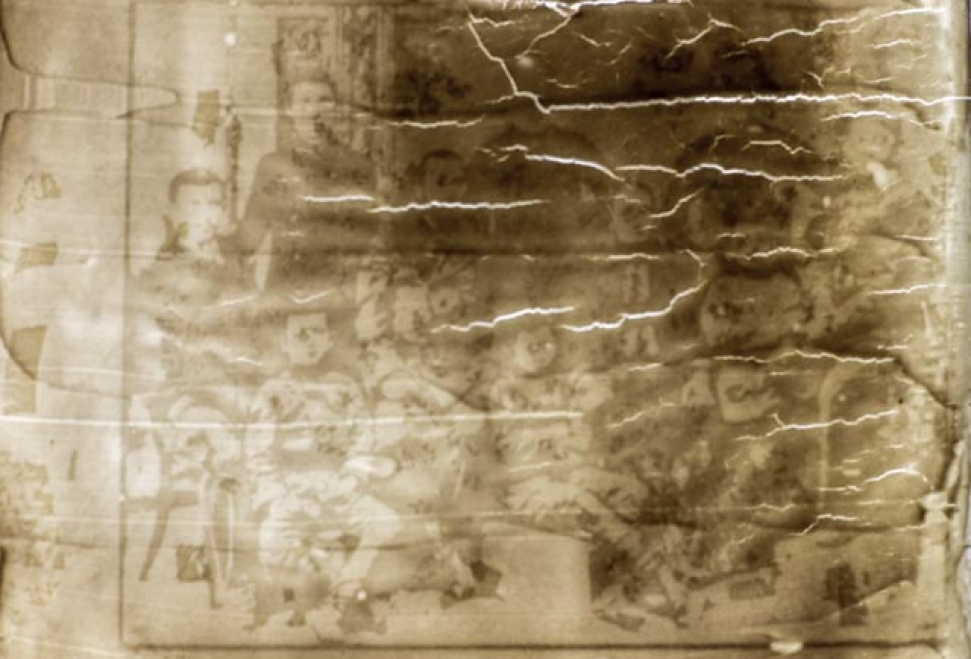 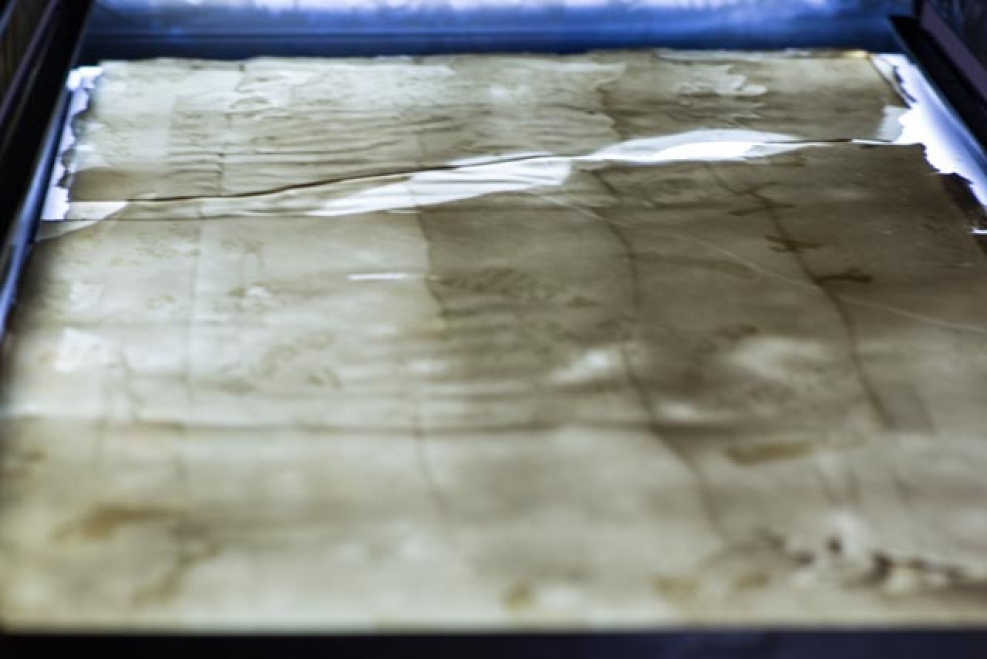 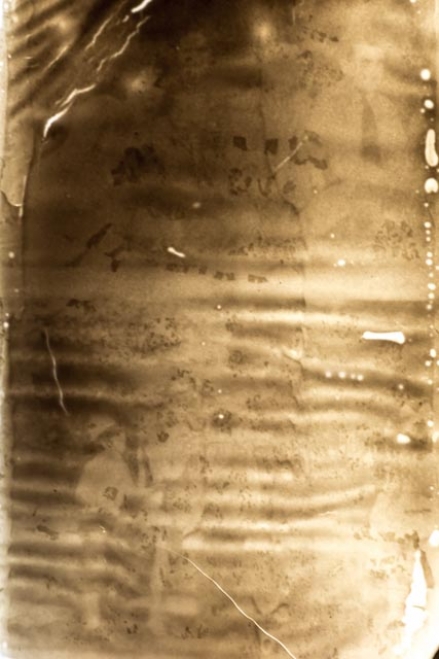 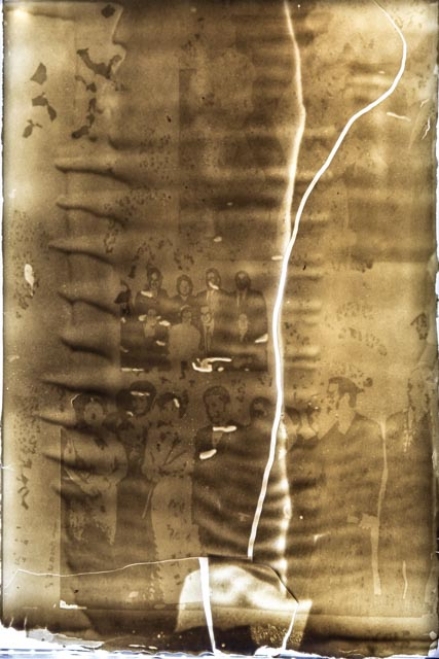 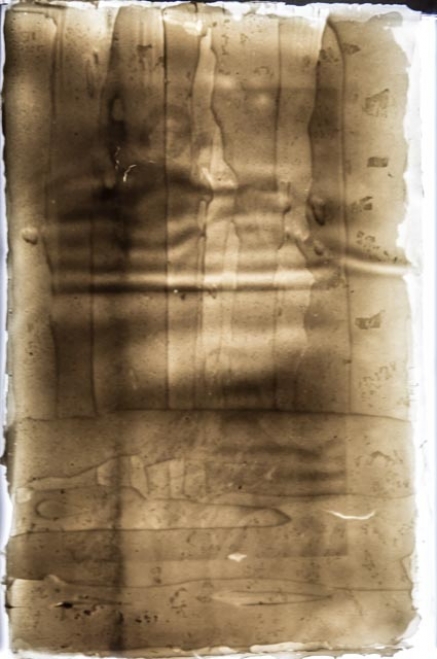 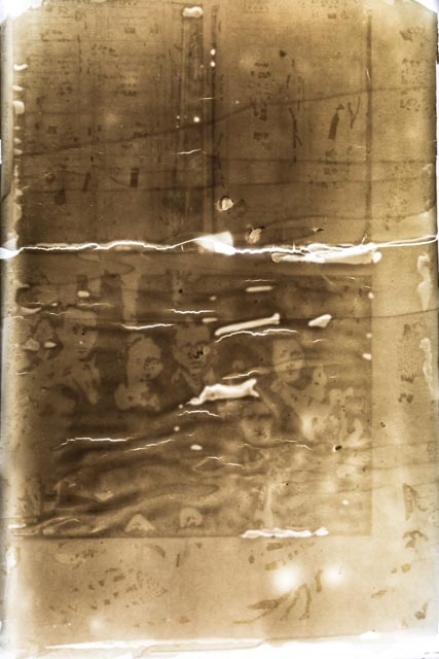 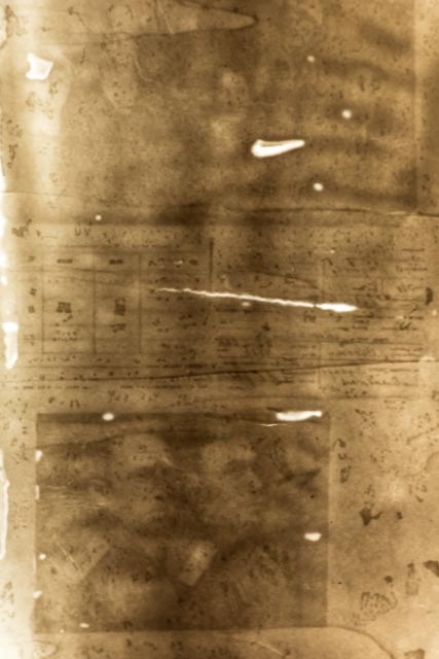 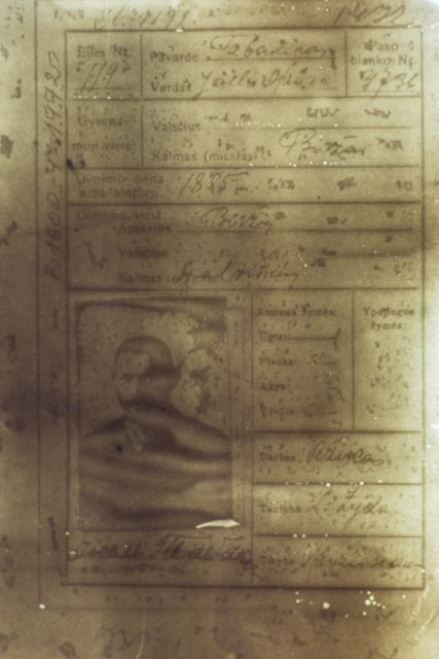 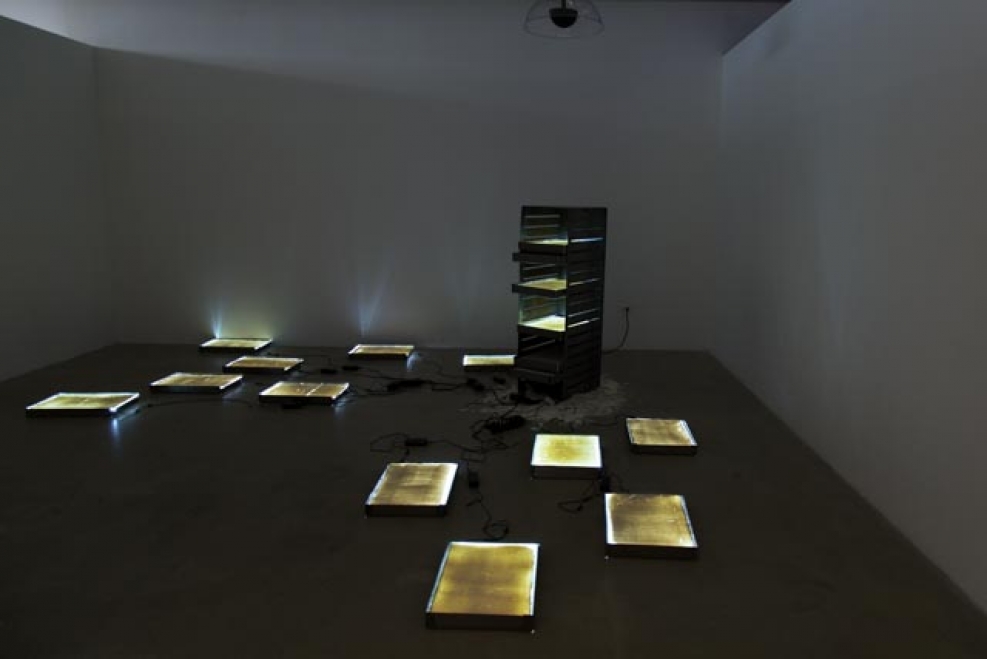 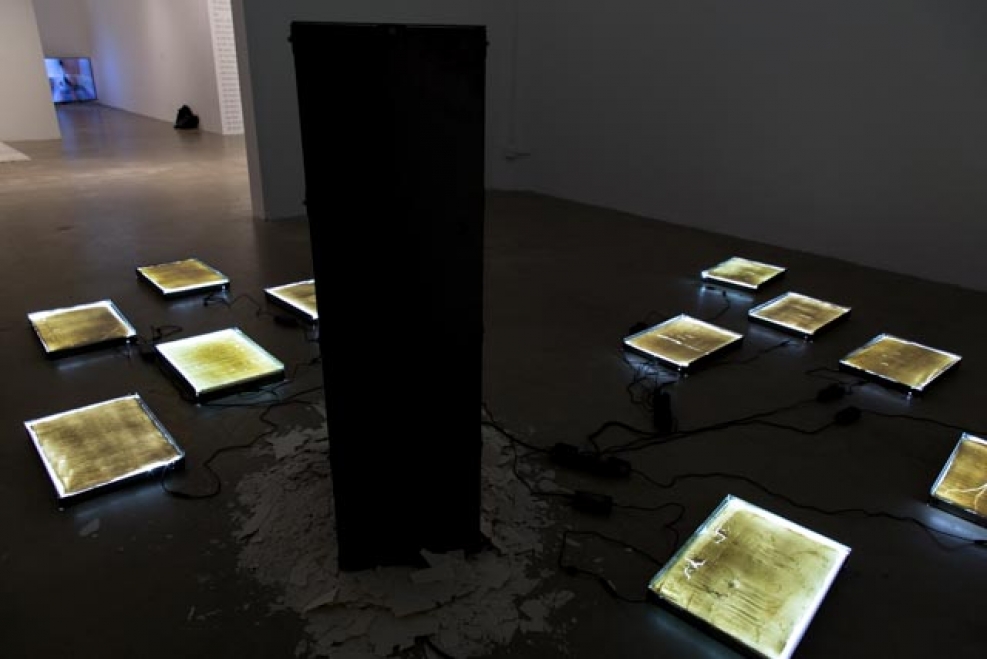 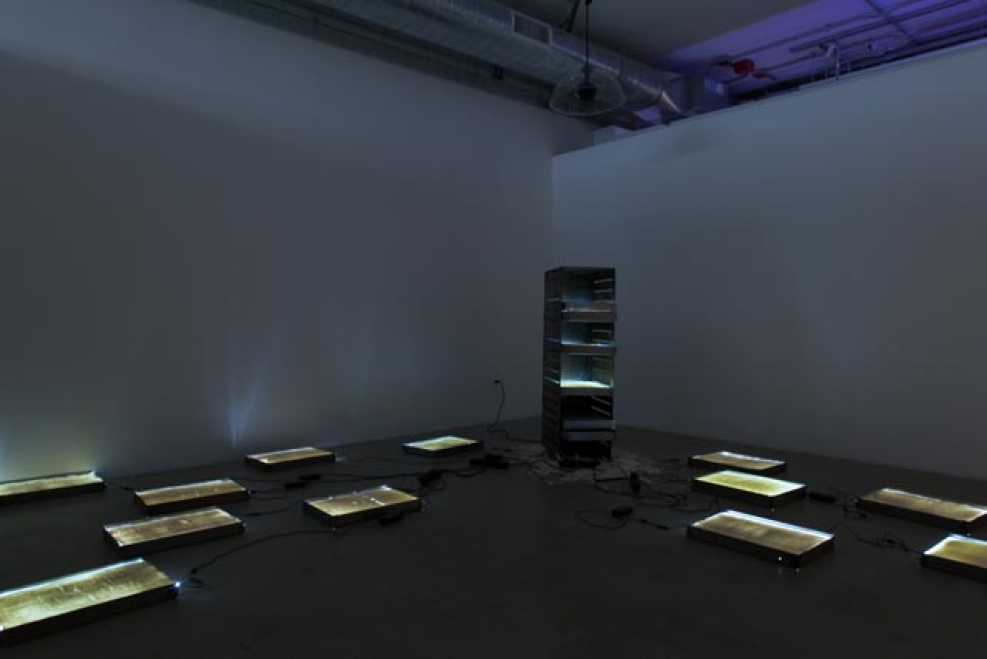 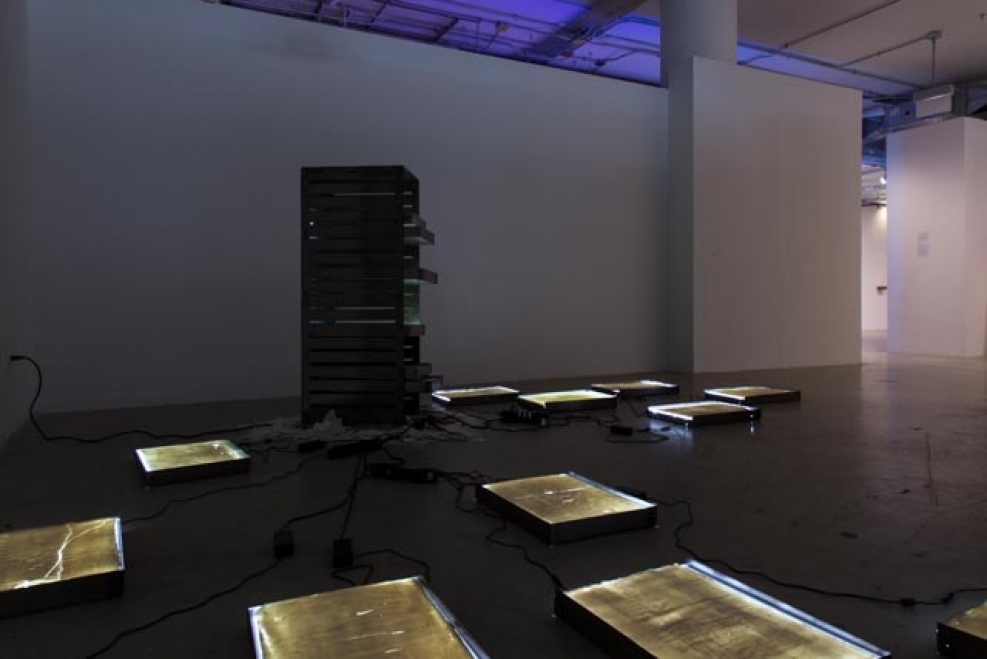 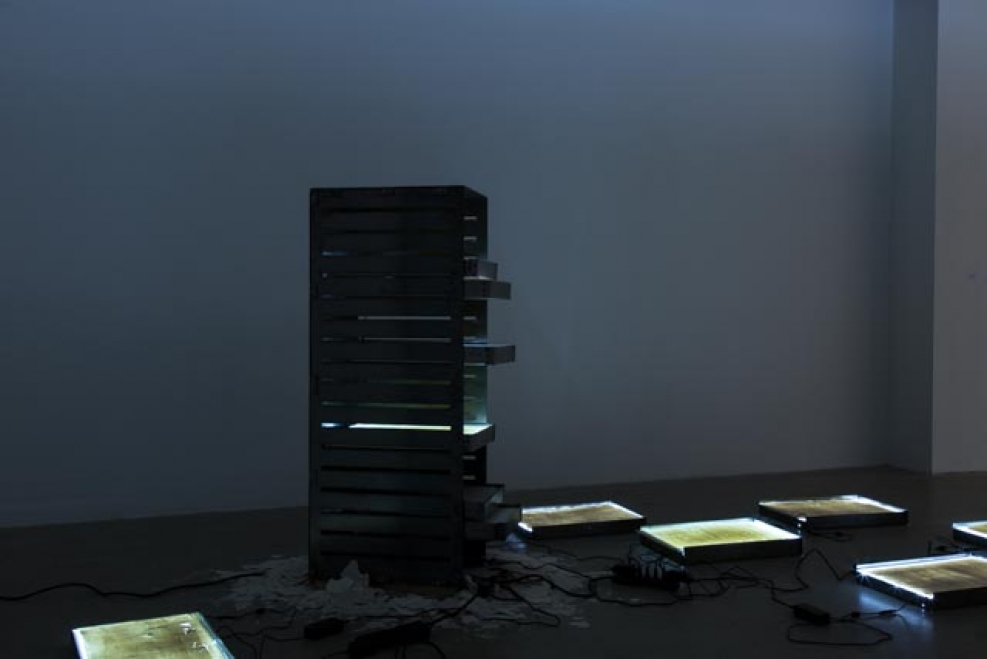 Archaeologists probe the perceptual past through the artifacts they discover. What these artifacts may have meant or what form of unmediated perception they are the result of for the people who created them can only be conjectured dynamically by comparing and contrasting them to the contemporary consciousness that is attempting to rediscover them. There is therefore always a dynamic tension between two situated moments of consciousness in every perceptual rediscovery of the world and no objective reality in this sense for any form of artistic expression, or for any rediscovery of these by those who interpret them. And because from the present moment we can project a contemporary appreciation into a hypothetical future with a very likely, and essentially, different point of view, we are always therefore compelled by epistemological necessity to create a kind of expressive reality in three dimensions as it were, a painting of a painting, a photograph of a photograph, an artifact of an artifact, where past, present and future are summarized but constantly changing, and perceptual certainty is a vanishing point rediscovered but never realized.

My purpose in this project is to examine this process through photographs understood as a family album in the broadest sense of a collection of images with a narrative cohesion through time and a personal locus that situates them in a perceptual framework that visibly changes over time, and projects them into an undefined future as seen by undefined viewers sometime in the hypothetical future. All forms of artistic expression therefore, from this point of view, are rediscoveries of experience with a novel sitz-im-leben, a dynamic appreciation of the past, and a weight for the possible future. My hope therefore is to discover something of what we may possibly know, or how we know, or learn in that sense, from all forms of artistic expression, how we approach expressive objects with a conditioned fund of knowledge about the world, and a set of assumptions about perceptual reality, and how these are modified over time so that something of their extended richness may be rediscovered as they are seen by different viewers whose perceptions are transformed by them.

In the instant a photograph is taken, it is in the past; the moment it is seen, it is lost forever. Is it possible at all to know an image if it is untouched by time? Perceptual understanding requires a dynamic narrative tension or as a form of consciousness, or a fund of possible knowledge, it disintegrates. To create this effect, I aged my own family photographs in kiln until the images disappeared behind a blank, white surface of porcelain, waiting to be rediscovered. When the fragments are placed over a light box, the images reappear, as if they were being revealed, or reinterpreted, so that they are visible again, as a kind of trace of a lost time and place, in the way that historians or archaeologists do when they reconsider or collect the past, by shining the light of the mind through them in an attempt to understand what they are looking at.

In this way, I hope to palpably convey something of the process we interact with when we see, by manipulating our temporal assumptions for the images I present, and convey a verisimilitude of what it must have been like, or would be like, if we had the opportunity to be there with no antecedent knowledge of them, and no capacity to interpret them, or weigh them for undefined viewers in the future. By manipulating images and time and memory, I believe I can learn something about how we know what we say we do even when we view images we have never seen before.

How long will it be, or how long will it take, before archival tracings of the past, that is, the record of our civilization and our documented memory of it, will have receded so far into the deep past that even the most detailed and scrupulous rubbings for evidence of where we have been—no matter how conscientiously we collect and store our reproductions of them in the wealth of contemporary media—become utterly unintelligible or recede into interpretive chaos because we no longer know what we are viewing? More pertinently, how long would it take before our cherished family albums are meaningless even to our own descendants? How many generations hence will transpire before they are useless even as a form of reproduced memory and they become uncollectible because we can find no narrative they conjoin or any reason to preserve them for the future. Our family album and, by extension, the record of our time here as a reflective species, is our creation myth with a beginning, a middle, and an end.